This event has now taken place

Sinn Fein is hosting a key fringe meeting on the issue of “Labour, Ireland and defending the peace process”, at the British Labour Party’s Conference in Manchester. 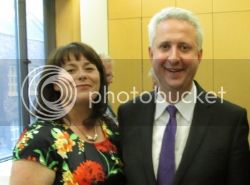 Speakers will include Sinn Fein Senator Kathryn Reilly, Michelle Gildernew MP and Labour Shadow Secretary of State for the North of Ireland, Ivan Lewis MP. The Guardian commentator and writer Seumas Milne will chair the meeting. The issue of welfare cuts and the next crucial steps to ensure progress in the political process will feature in the discussion.

Photos from the evening can be found here.